T&G Structural Engineers are looking forward with anticipation to the proposed £70 million redevelopment of Bath Street, now that government planners have given the green light. Having been an integral part of the design team responsible for bringing the project this far, the local company can now begin the exciting process of helping turn planning into practice.

‘We’re delighted that Le Masurier has received permission to press ahead with this important development,’ underlines Johnny Moffett, T&G’s managing director. ‘It’s a massive investment into part of St Helier really needing revitalisation. What many people won’t know, however, is the level of planning investment that’s already gone into reaching this stage, something T&G are proud to have played a part in. It’s a complex site in the middle of a densely populated and well-used part of town. The challenge has not only been creating a great structural design, but also ensuring building work minimises disruption, respects environmental concerns and is achievable within local industry constraints. I believe our engineering team have come up with a fantastic winning design. I am sure islanders will come to appreciate this as work begins and ultimately completes on the site.’

Plans passed for Le Masurier’s Bath Street site, which covers nearly two acres, include a complex of 145 one- and two-bedroom apartments, along with new bars, restaurants and shops. New green spaces, walkways and widened pavements will enhance the local environment, while an important new access route will connect the Library with the Millennium Park.

There will also be a new 122-room Premier Inn, constructed next to the former Odeon Cinema, now the Freedom Centre. This has the potential to provide an estimated 40,000 overnight stays per year, contribute over £1.6 million annually into the island economy and add 35 jobs.

This is Jersey’s and T&G’s second Premier Inn, the company having been appointed structural engineers for the first one at Charing Cross that opened in 2018.
The new hotel is expected to welcome its first guests in 2021, with remaining parts of the redevelopment completed in the following year.

Your feedback is valuable for us. Your email will not be published.
Cancel Reply

This site uses Akismet to reduce spam. Learn how your comment data is processed.

Other posts that you should not miss. 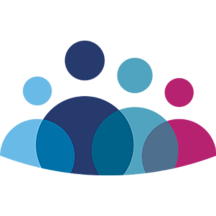 T&G Limited is proud to announce we have moved to our new offices in St Helier. Sommerville House is situated in Phillips Street, almost opposite the Arts Centre …

We are looking to recruit a keen individual wanting to enter the construction industry.     Position: Structural Technician Qualifications: Four GCSE’s at grade C or above (Mathematics, …